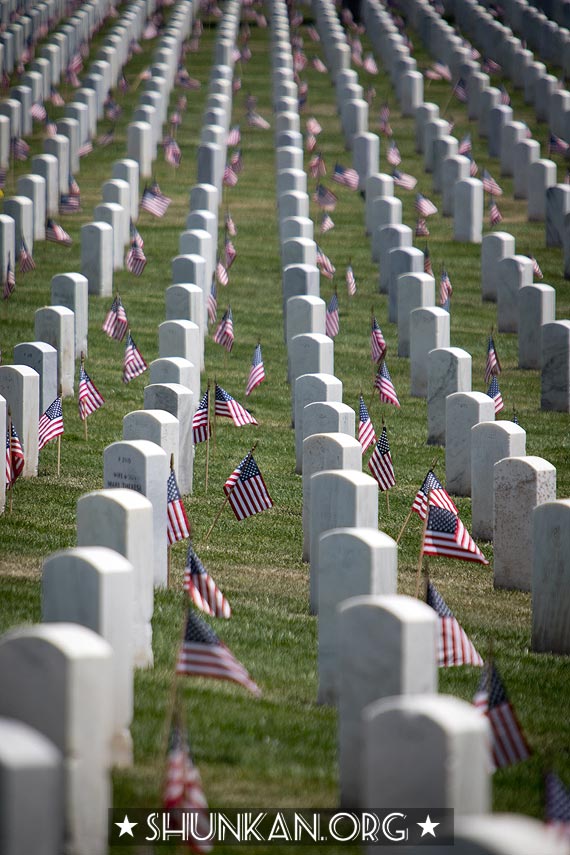 On Memorial Day I went to Fort Rosecrans National Cemetery, to attend the military funeral of lieutenant commander Frederick Crosby. In 1965 the lieutenant was piloting a plane on a reconnaissance mission in Vietnam after a bombing run, when he was was shot down and went missing in action.
His daughter seemed to have researched almost her whole life and so his remains were found eventually.
This was the very first time in my life I attended a traditional military burial.
For those of you, who have never attended one before just like me, it's a lot like in the movies.
Only it's real. The honor guard firing rifles, giving a "Three-volley salute", the sailors carrying the casket, the lone trumpet player.
I guess the emotions didn't run as high, since a lot of time passed the Lt. Cmdr. has died, compared to someone who has died more recently, I think there was already more distance to the tragic death of the fallen. It was still very emotional, and even though I was not involved I was moved myself. 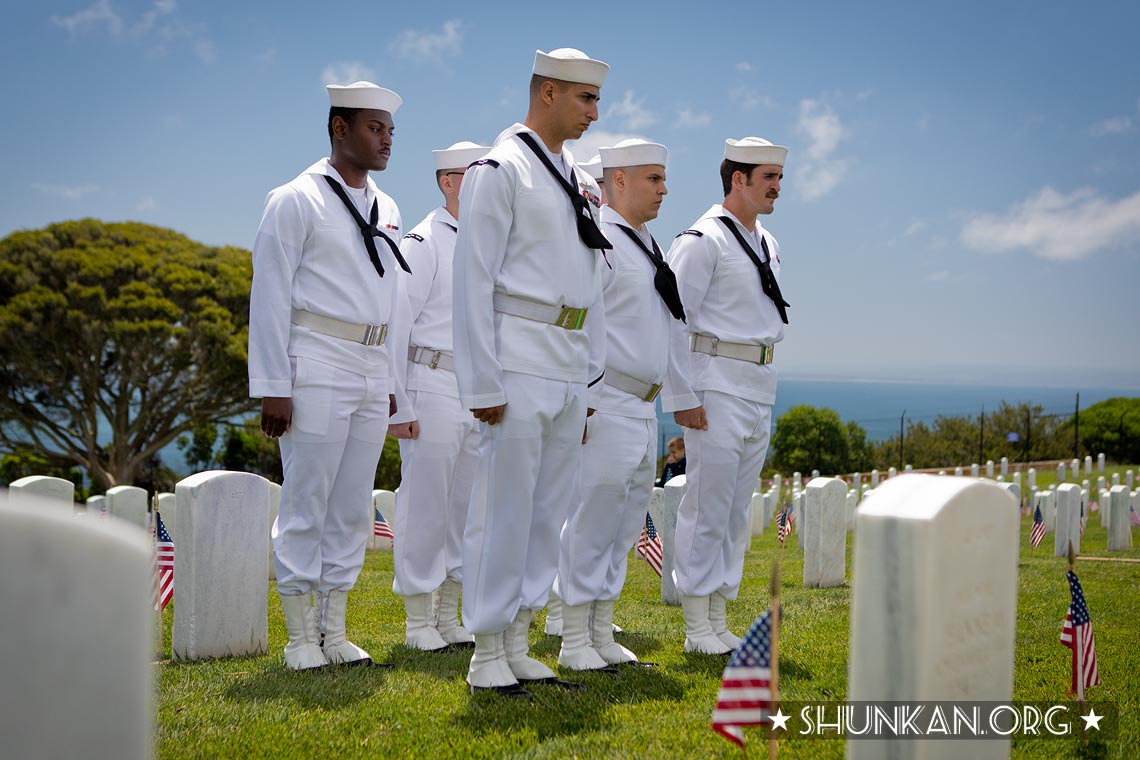 Sailors at military funeral standing to attention. I set my camera's shutter to silent mode and kept a respectful distance at all times while taking pictures. I consider myself blessed with the opportunity to attend such a grave ceremony. 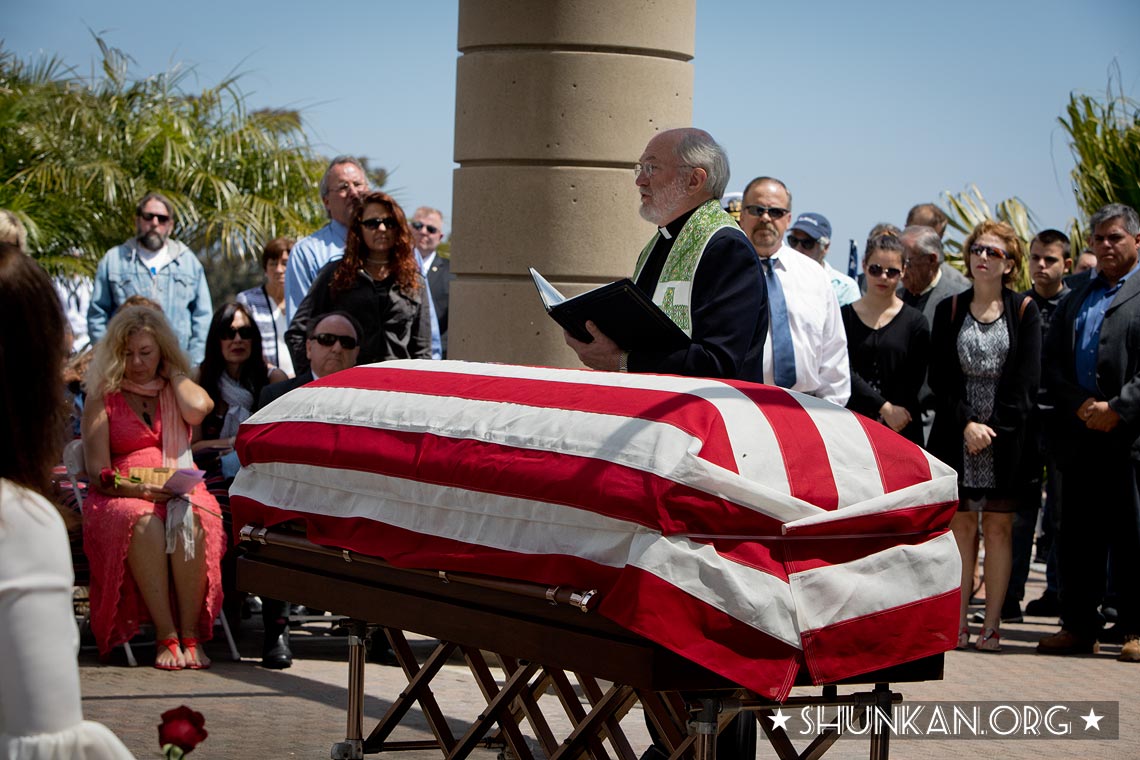 Priest speaking at the casket covered with the Star-Spangled Banner, surrounded by relatives. 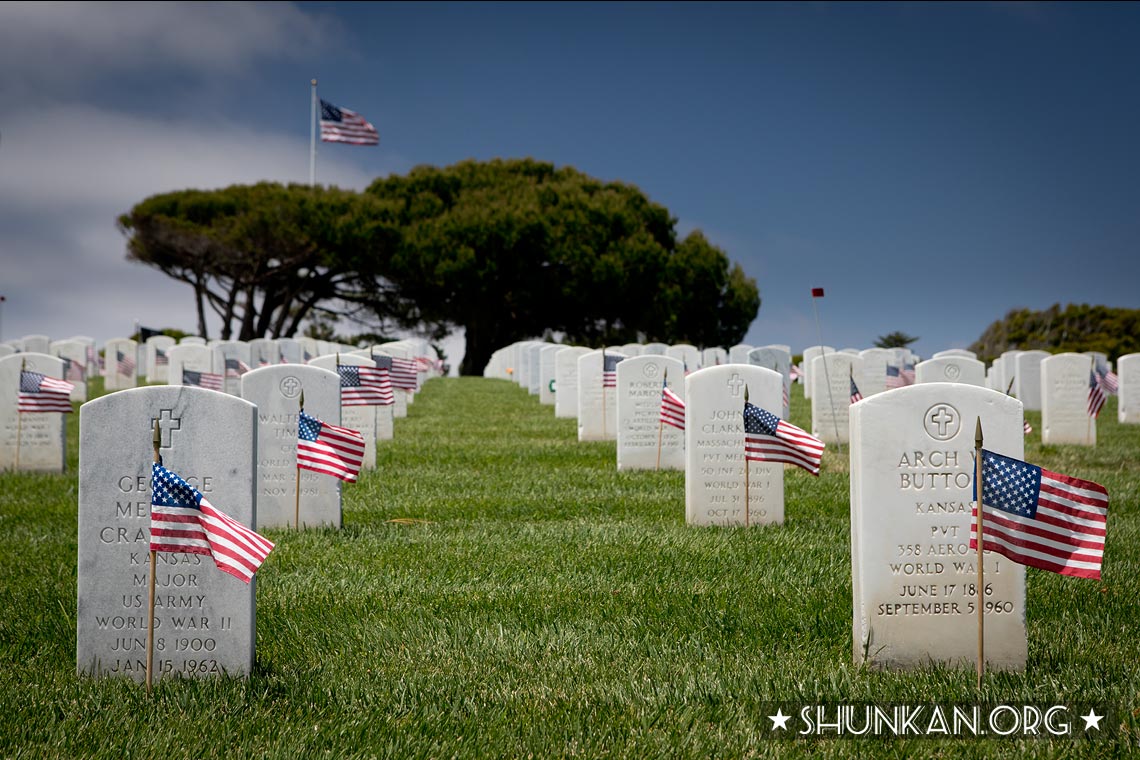 On Memorial Day thousands of small American flags are placed at each grave at Fort Rosecrans National Cemetery, honoring the soldiers killed in different wars and countries.
I recently bought a new camera body, a Canon EOS 5D MK IV, which I really fell in love with very quickly, I consider it to be the best camera I've ever had. The picture quality is stunning, and it is way more user friendly than my 6D. On Memorial day I shot all photographs with the 5D MK IV. 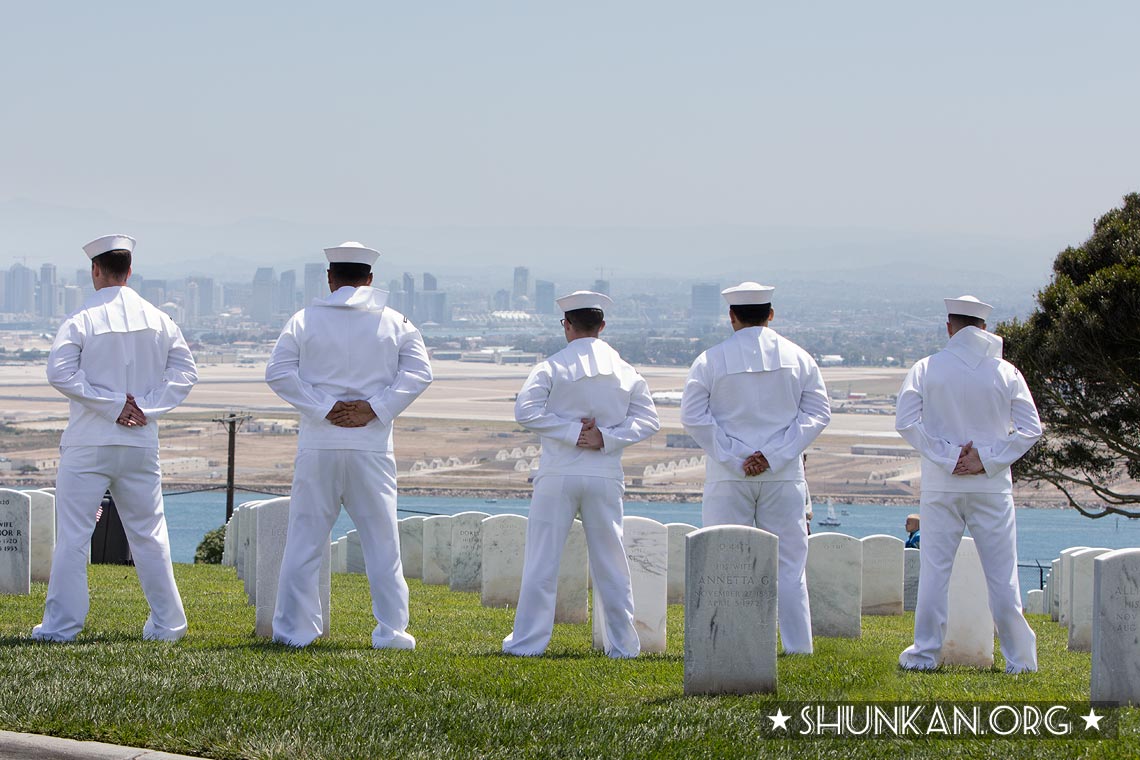 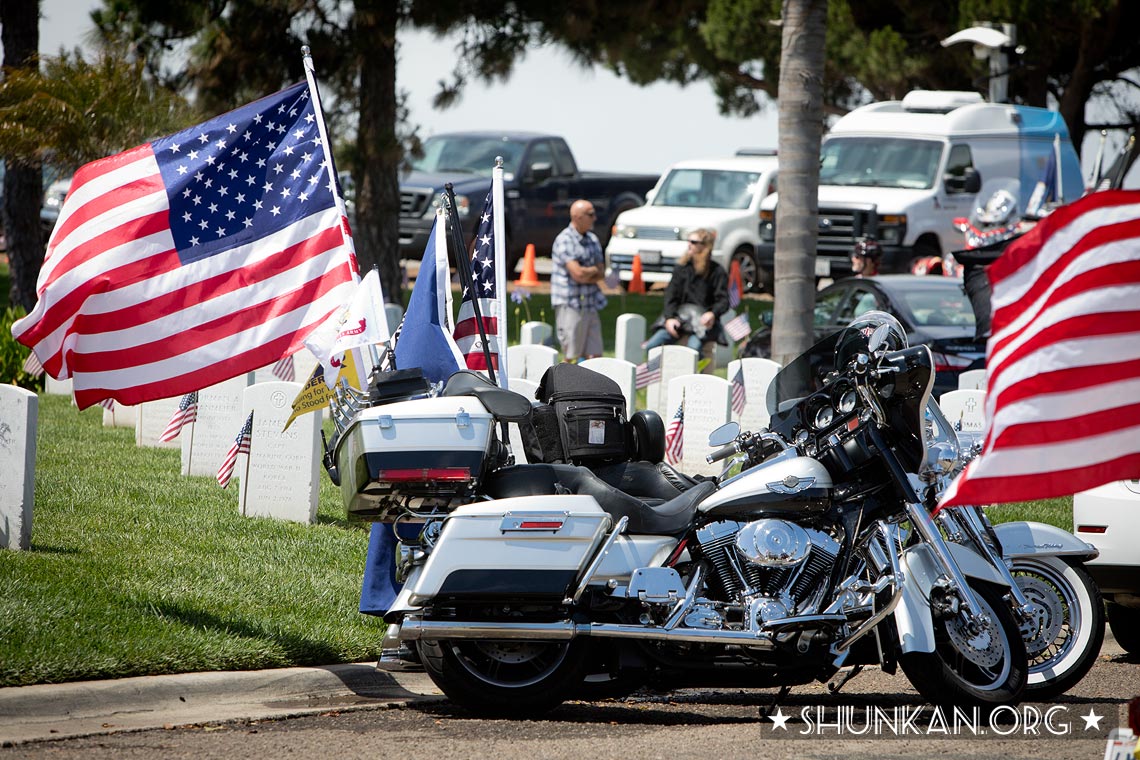 Patriot Guard Riders motorcyclists came to pay their respects at this funeral. 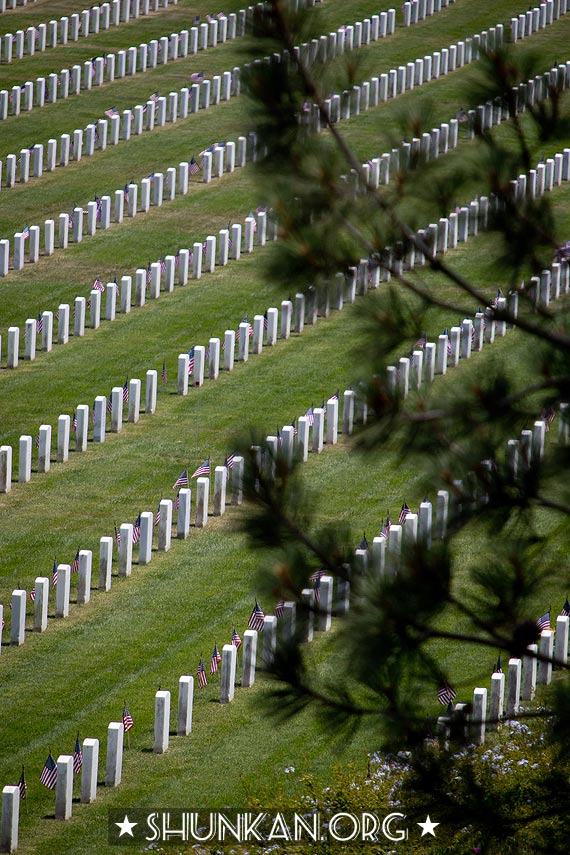 Sheer endless raws of headstones seen from top of a hill. 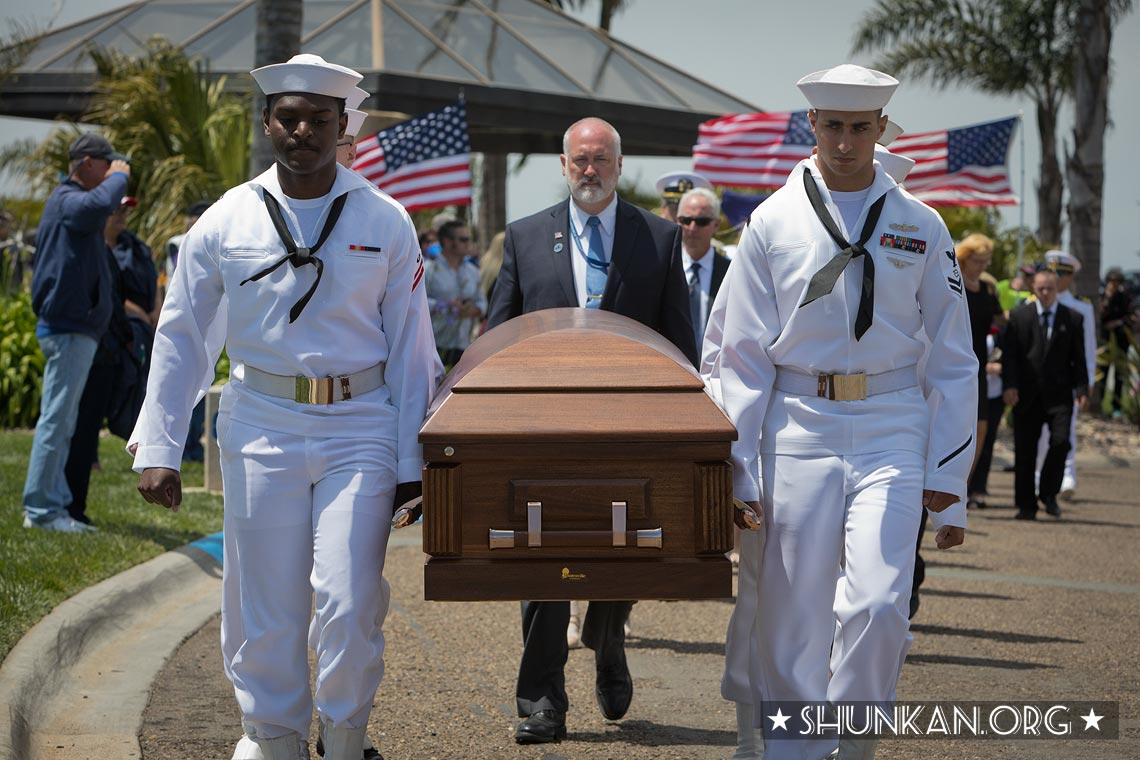 "I've heard there's a wicked war a-blazing
And the taste of war I know so very well
Even now I see the foreign flag a-raising
Their guns on fire as we sail into hell
I have no fear of death, it brings no sorrow
But how bitter will be this last farewell"
Lyrics from "The Last Farewell", written by Ronald Arthur Webster and Roger Whittaker 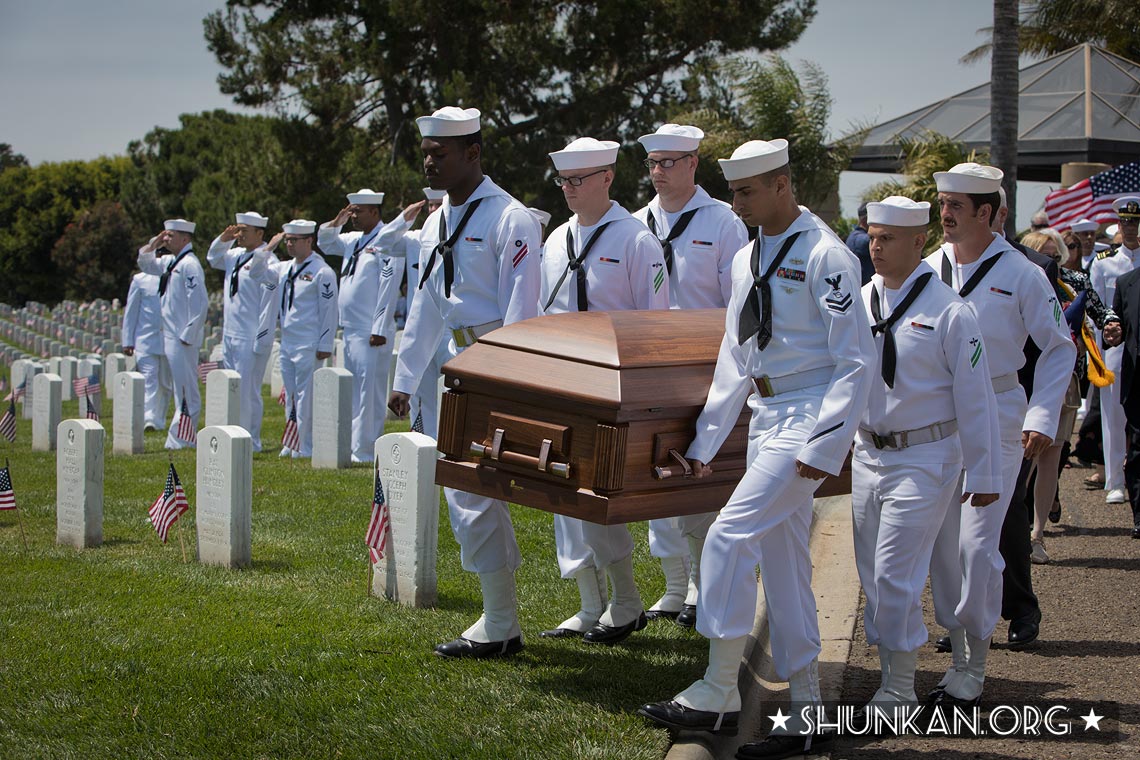 At this traditional ceremony exactly 6 sailors are carrying the casket, others are salutuating. 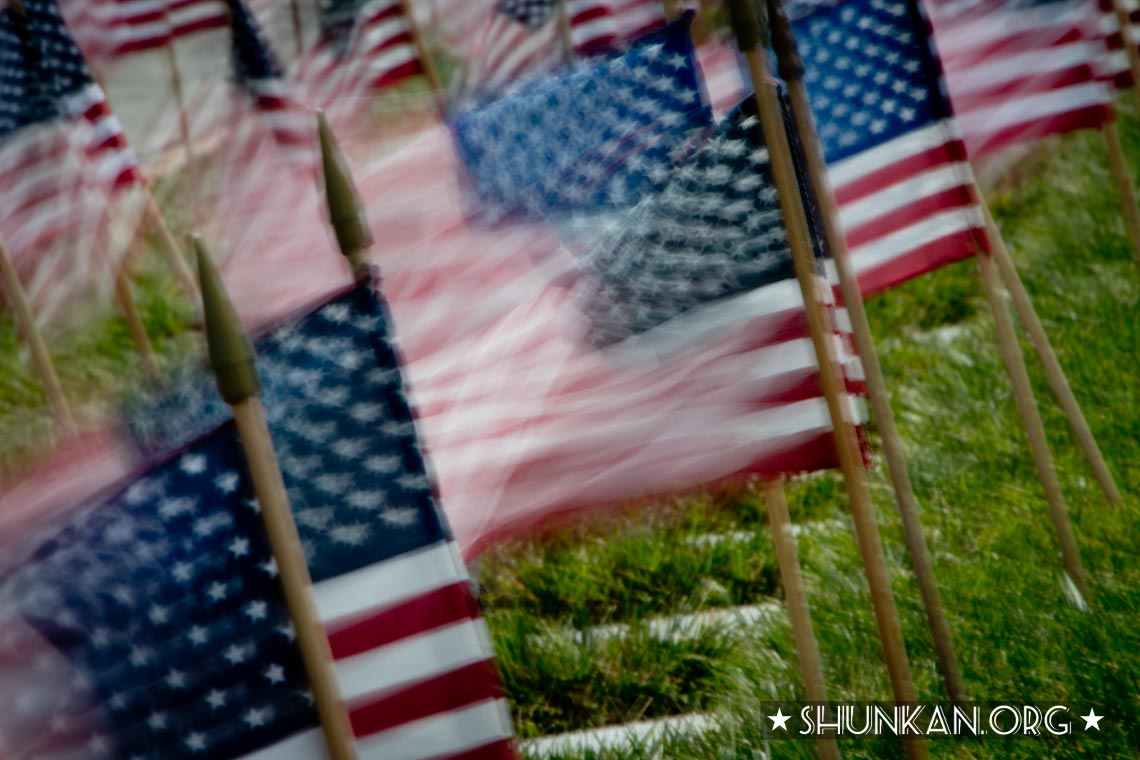 Motion-blurred flags flying in the ever blowing wind at the graveyard. 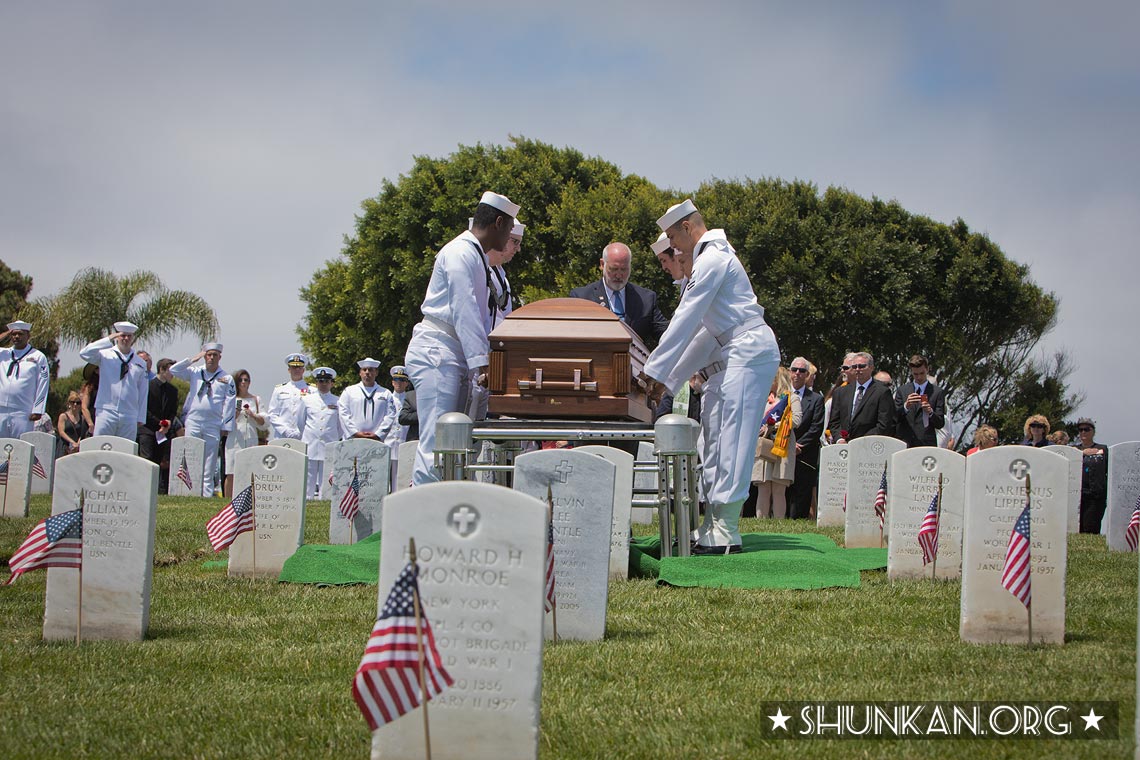 Lt. Cmdr. Frederick Crosby is put to a last rest after more than 5 decades finally. 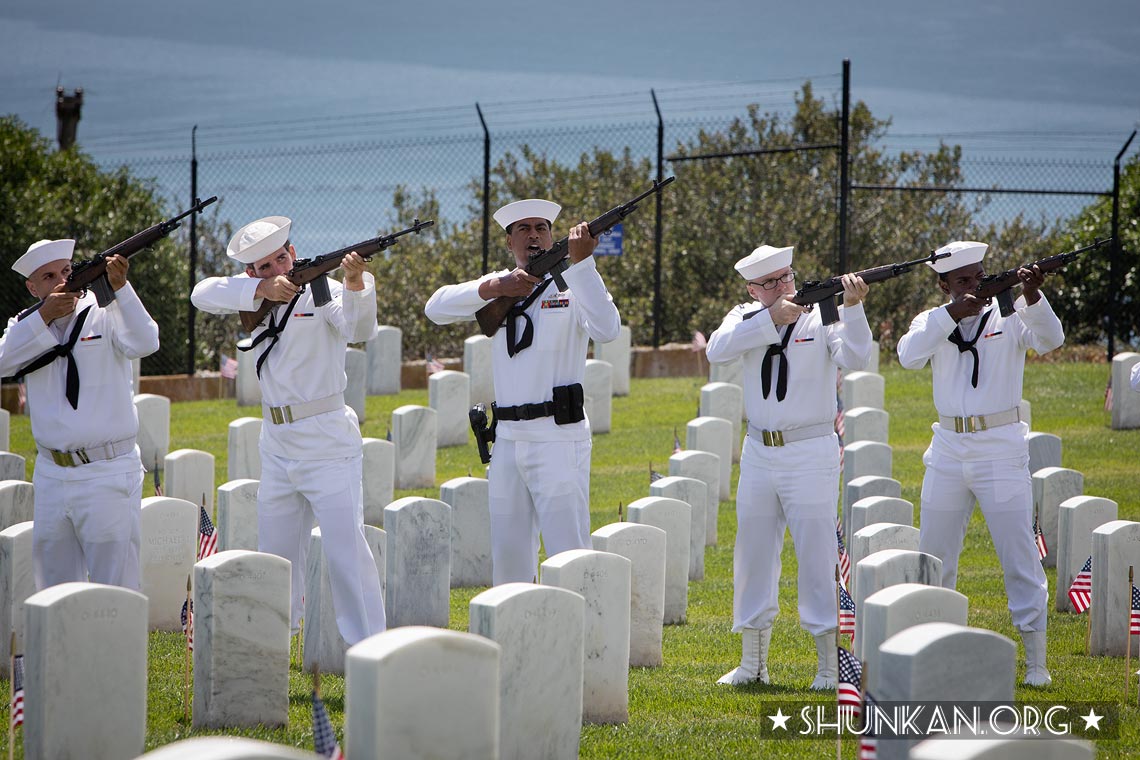 The honor guard is firing rifles three times simultaneously in honor of the fallen, this is called a "Three-volley salute" at military funerals.

Man saying a last goodbye with a rose. 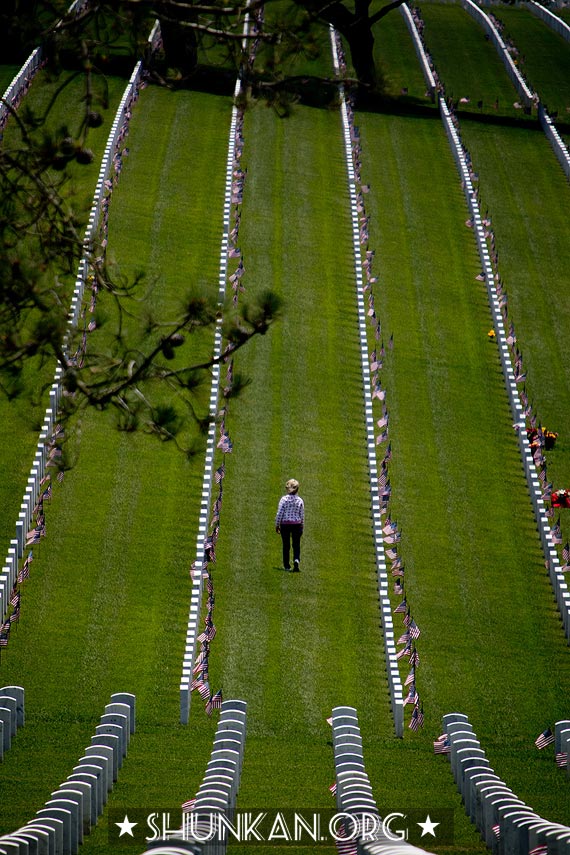 After the burial I went to take some more pictures of this beautiful cemetery, I also talked to some of the people who came here to visit their loved ones.