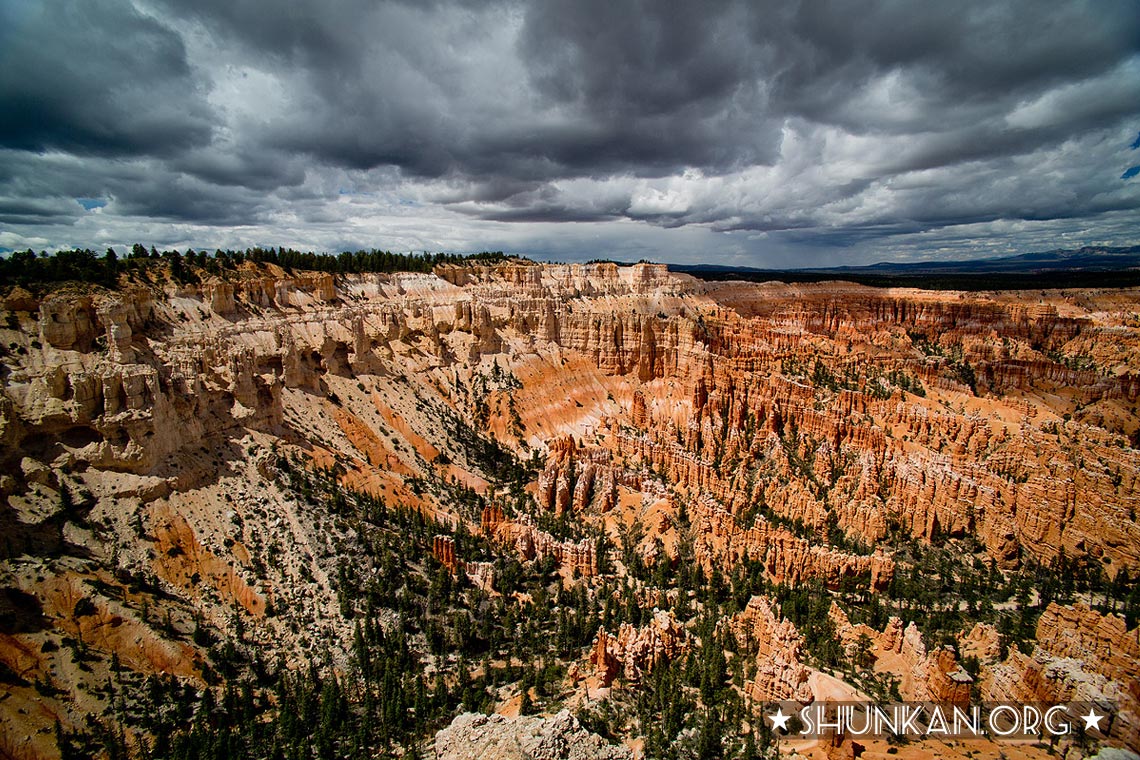 If I had to choose between Grand Canyon and Bryce Canyon I'd definitely go for the latter. Grand Canyon is very impressive because of its sheer size, but Bryce Canyon is like a master piece of art, made by mother nature herself. If you can do both that's even better. I took these pictures last year, but had no time to post them until now. 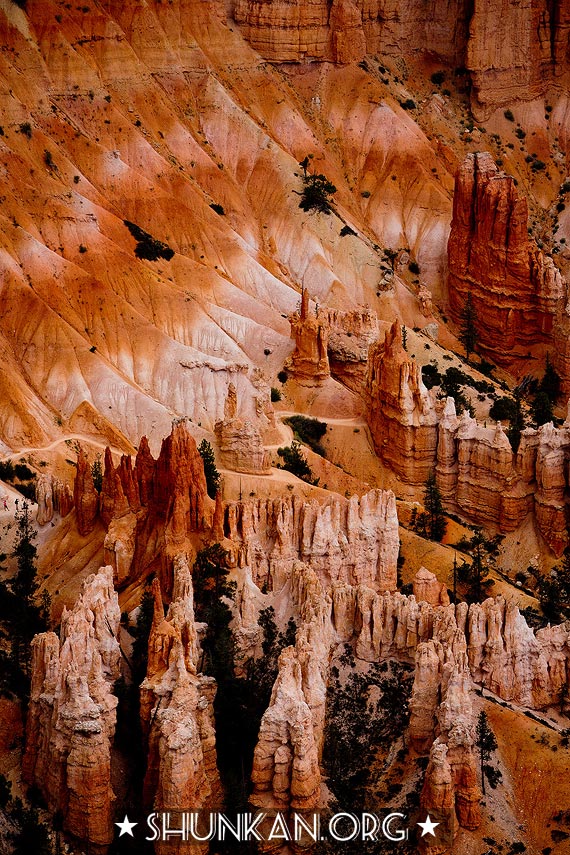 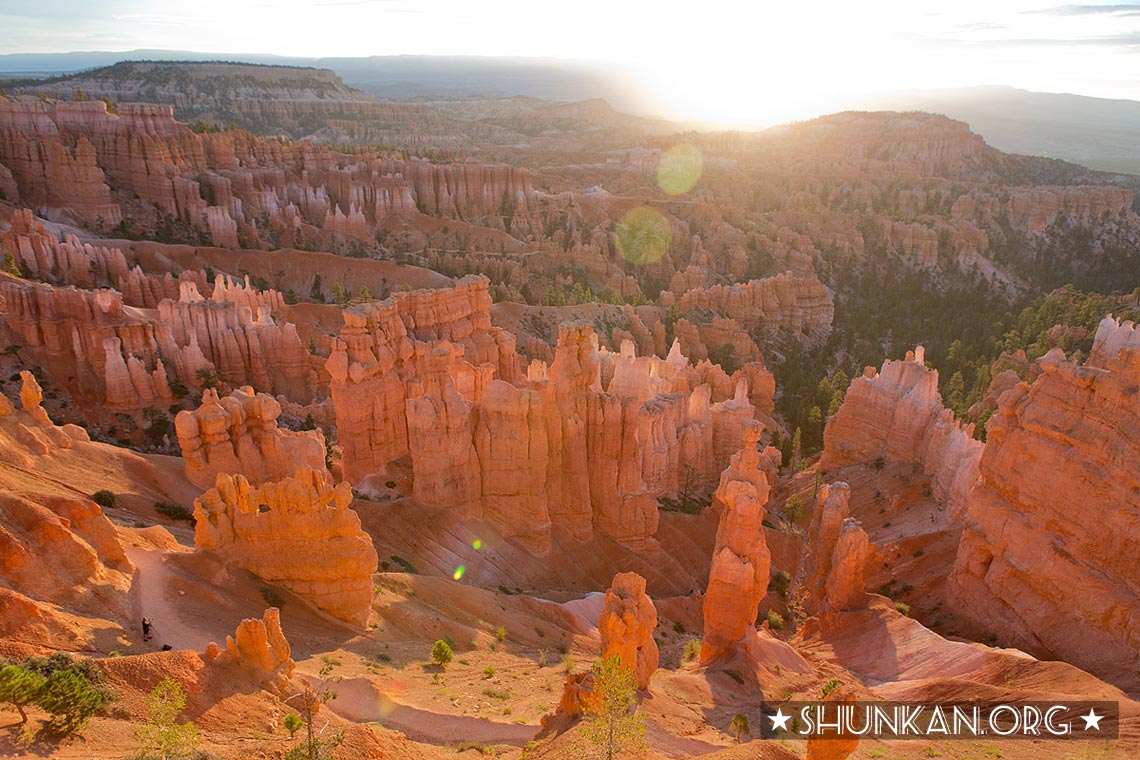 Sunrise at the Bryce Canyon amphitheater. Obviously I started my hike pretty early, and although I was wearing layers of shirts and sweaters, I was wearing shorts, so early in the morning I was freezing my butt off. Make sure to bring lots of water, especially for longer hikes, since it is getting way hotter during the day! 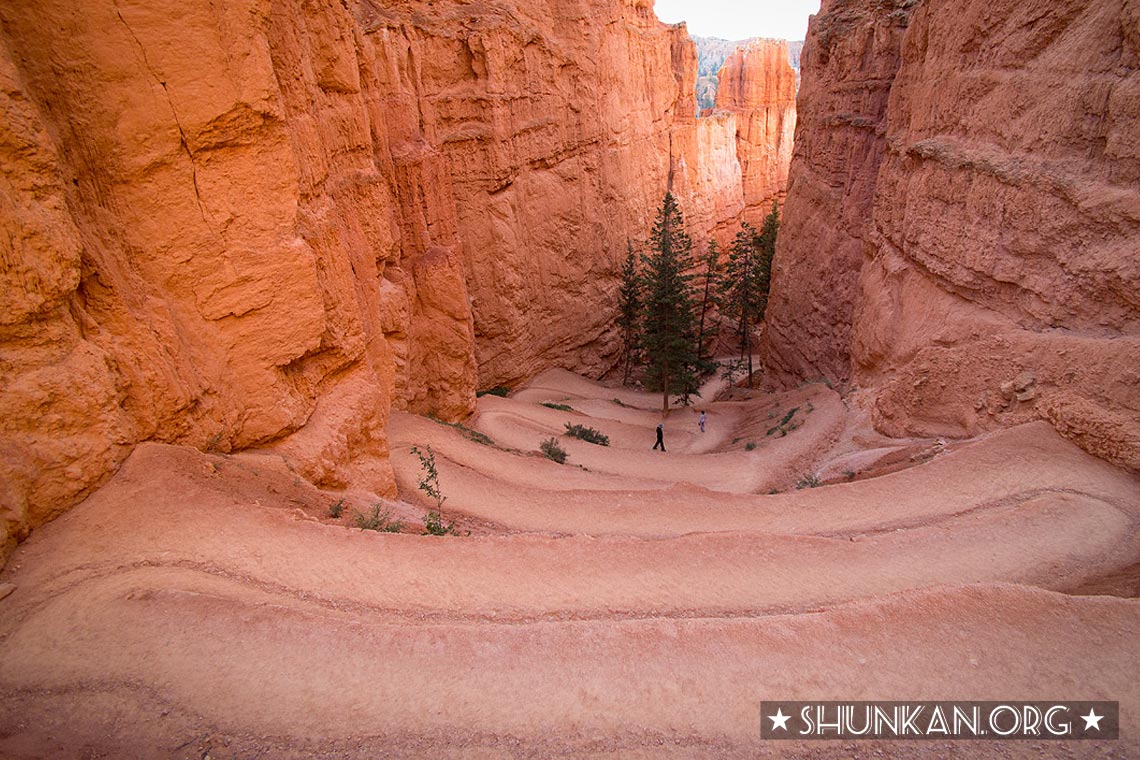 I'd recommend to start your hike early, since Bryce Canyon is pretty popular, hence it could get a bit crowded. If you are in the area and want to enjoy some quieter hikes I'd consider Red Canyon, while not as spectacular as Bryce, yet it is still very beautiful. Within a two hours hike I met just one other hiker there, whereas in Bryce you might run into people every 5 or 10 minutes, depending on the time of the day. 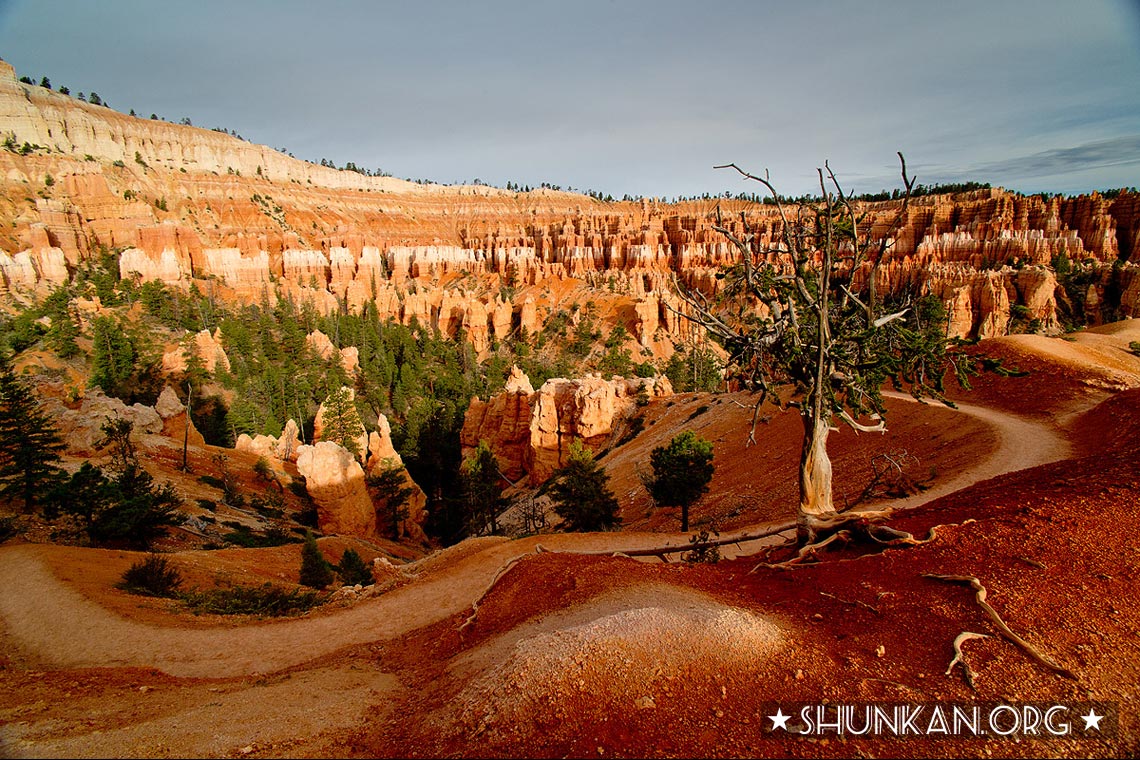 The Peekaboo Loop Trail at the Amphitheater. 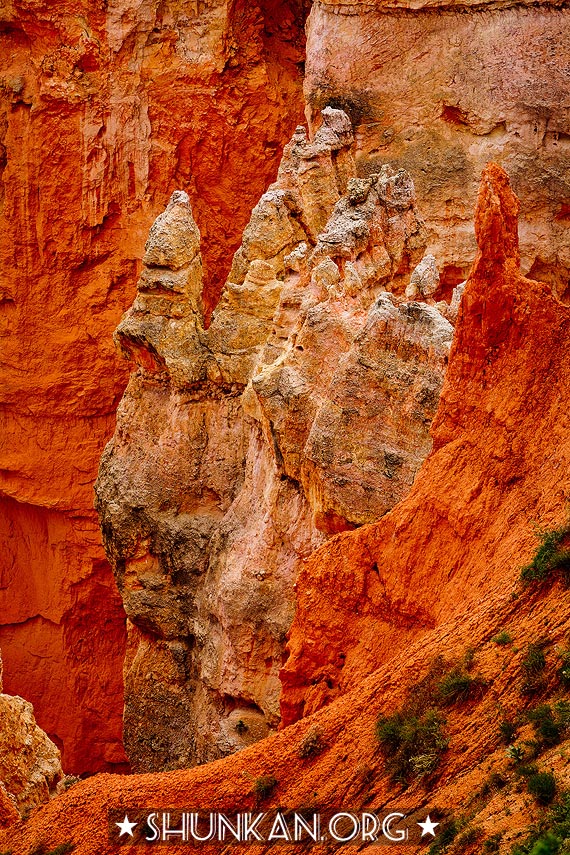 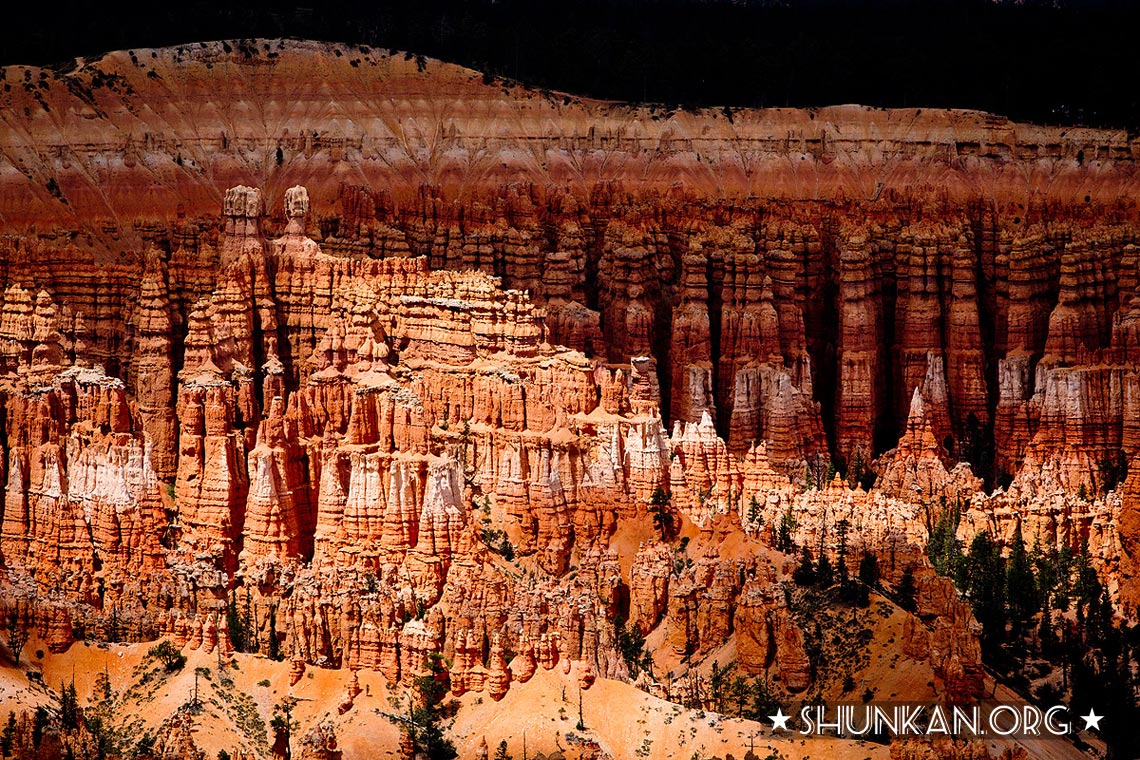 The colorful rock formations you'll find at Bryce are so-called hoodoos, and formed from centuries of erosion. 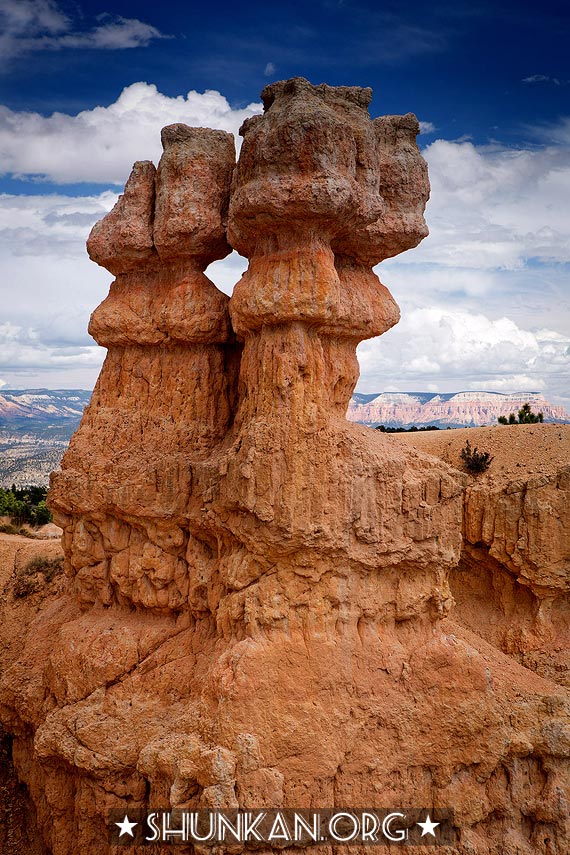 The mighty hoodoos up close. 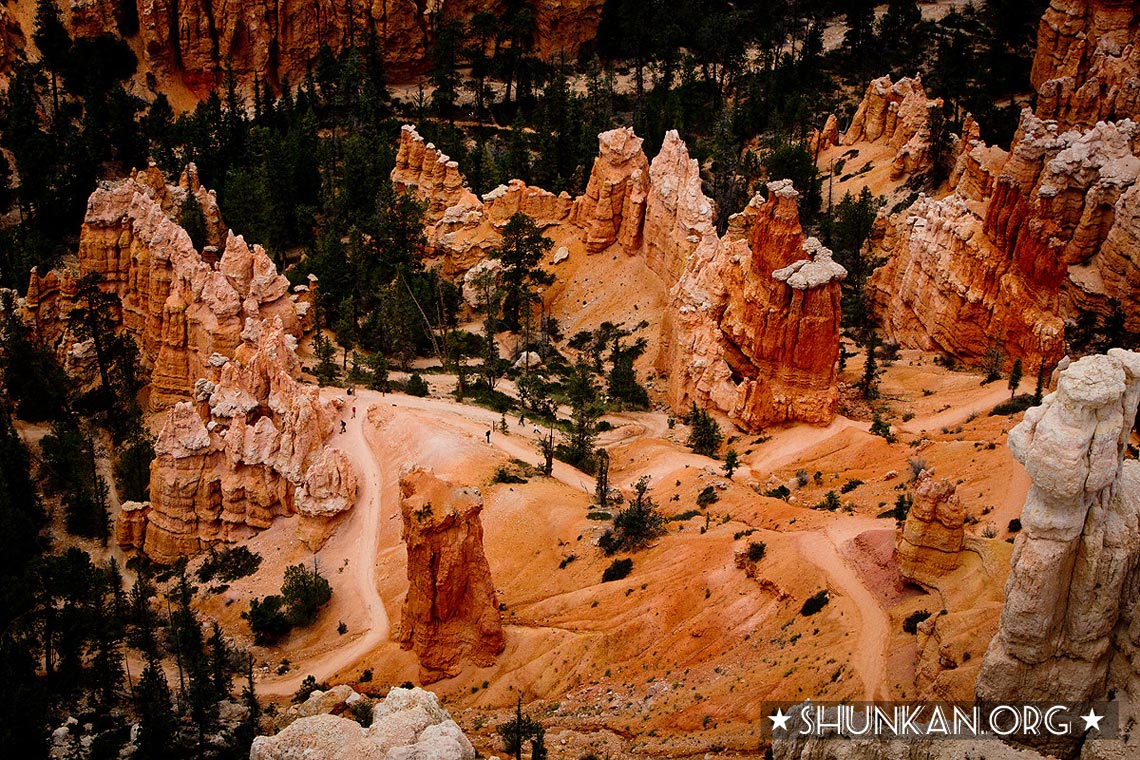 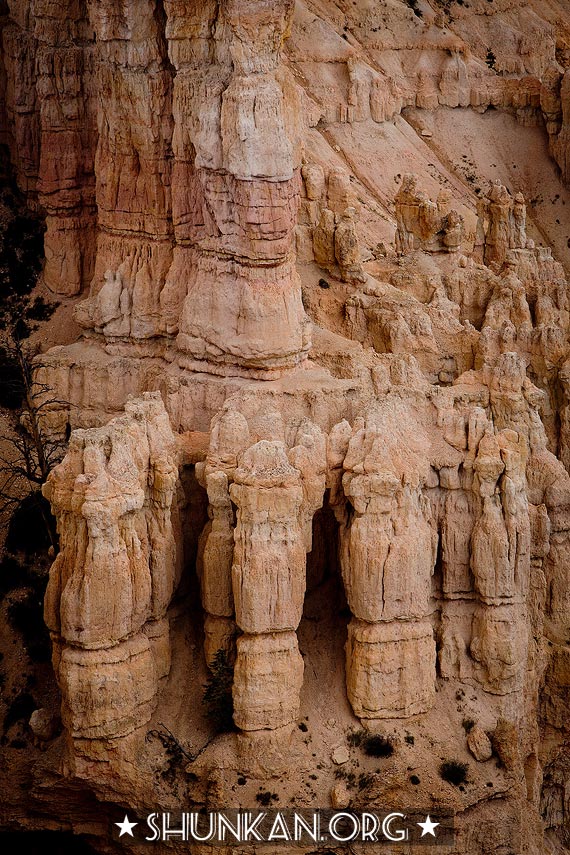 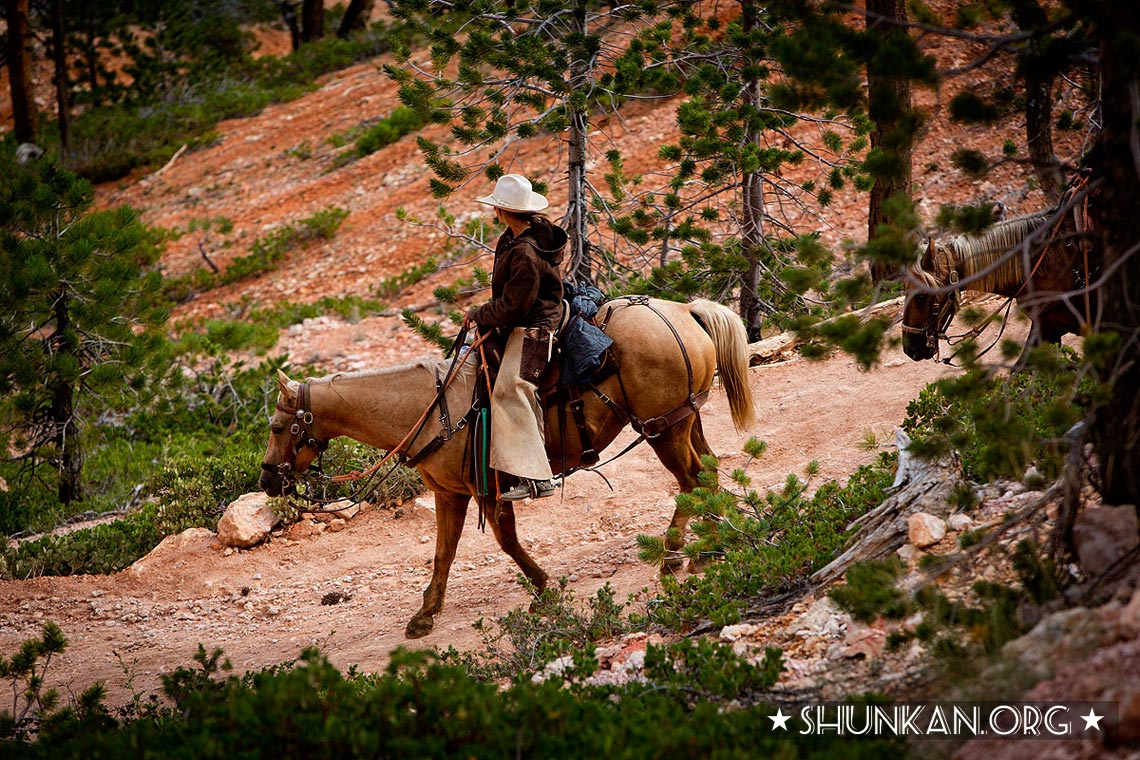 Horse back rider on the Peekaboo Loop Trail. 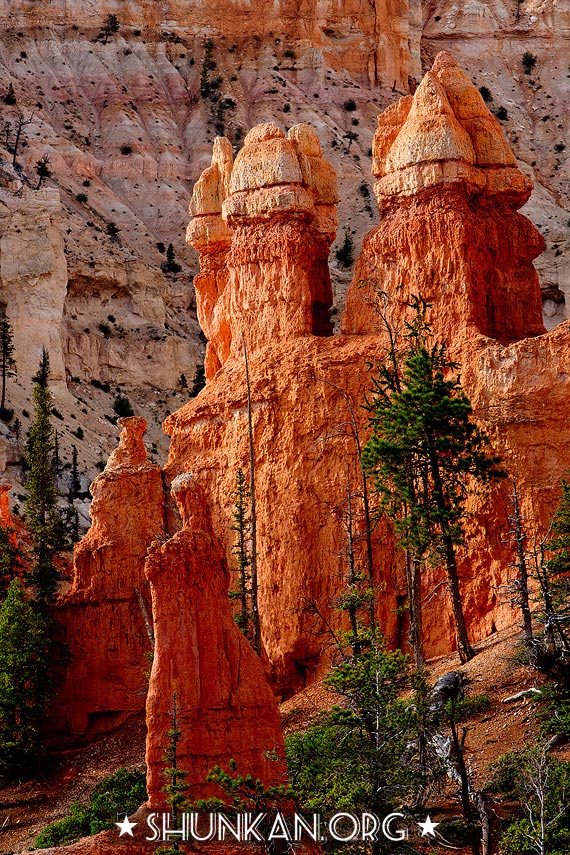 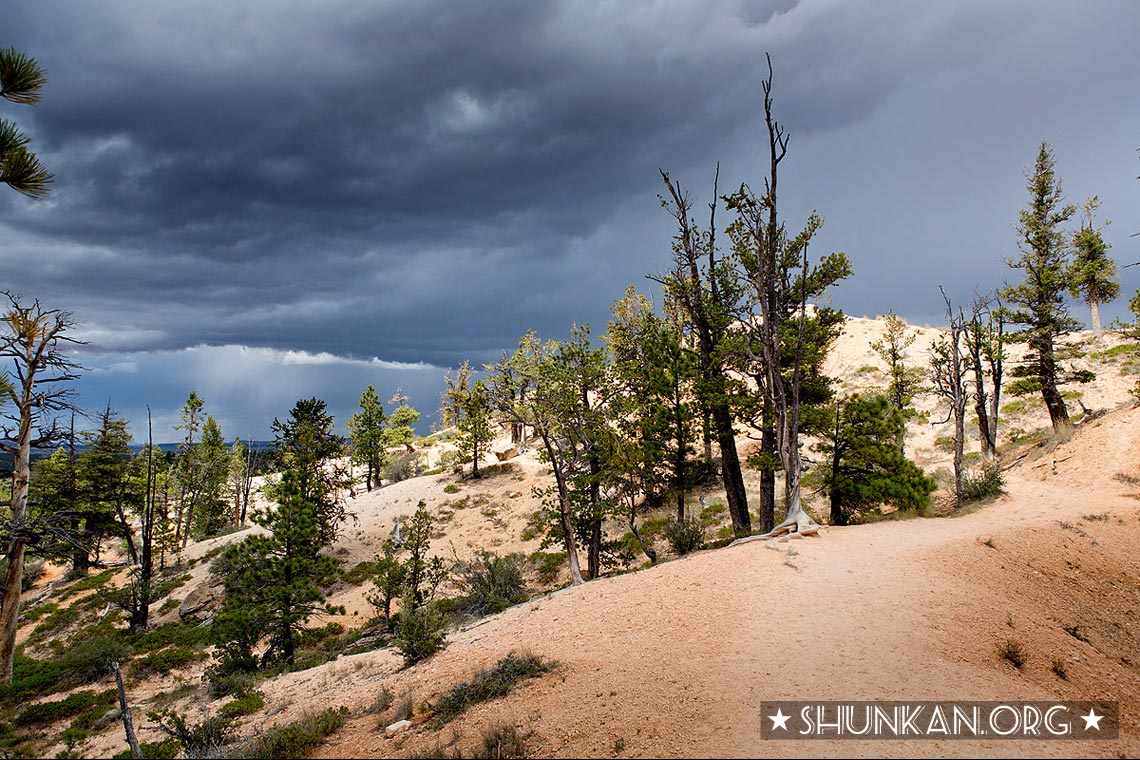 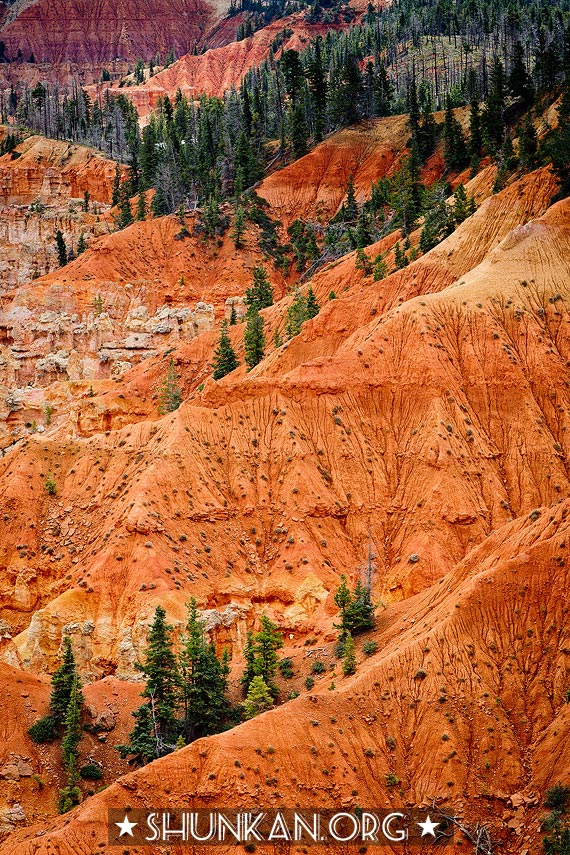 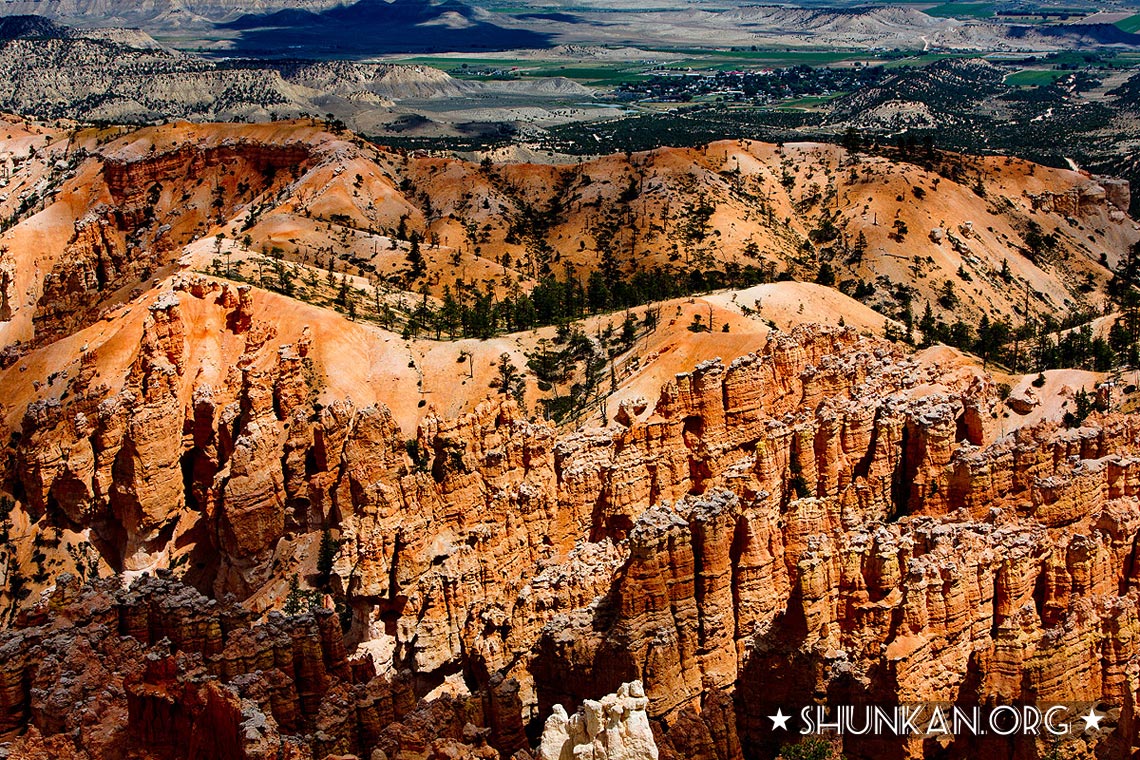 Vast landscape at Bryce Canyon. If you consider a trip here, I'd plan to stay at least for three or four days. Camping is inexpensive, basic facilities are avilable. Bring food, water and fire-wood for the designated fire pits. 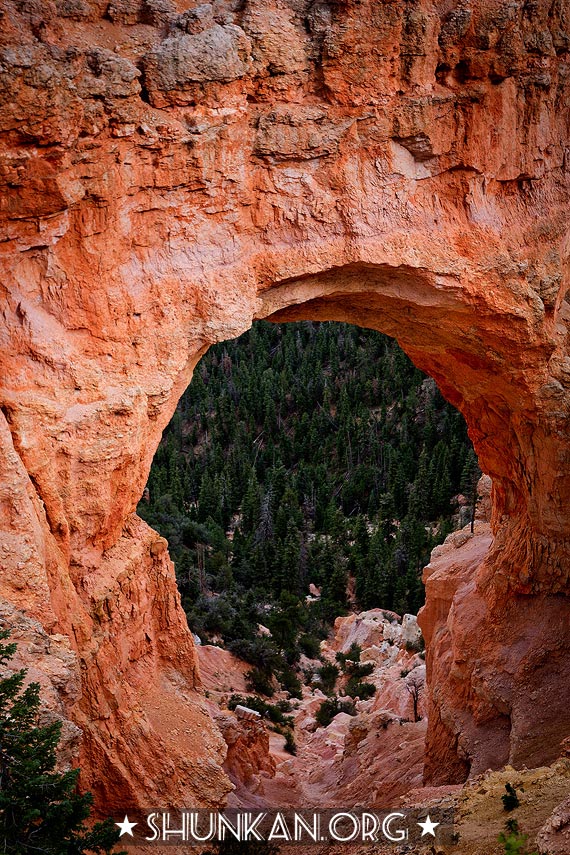 The so-called Natural Bridge at Bryce Canyon, which is actually rather an arch than a bridge, formed from erosion. 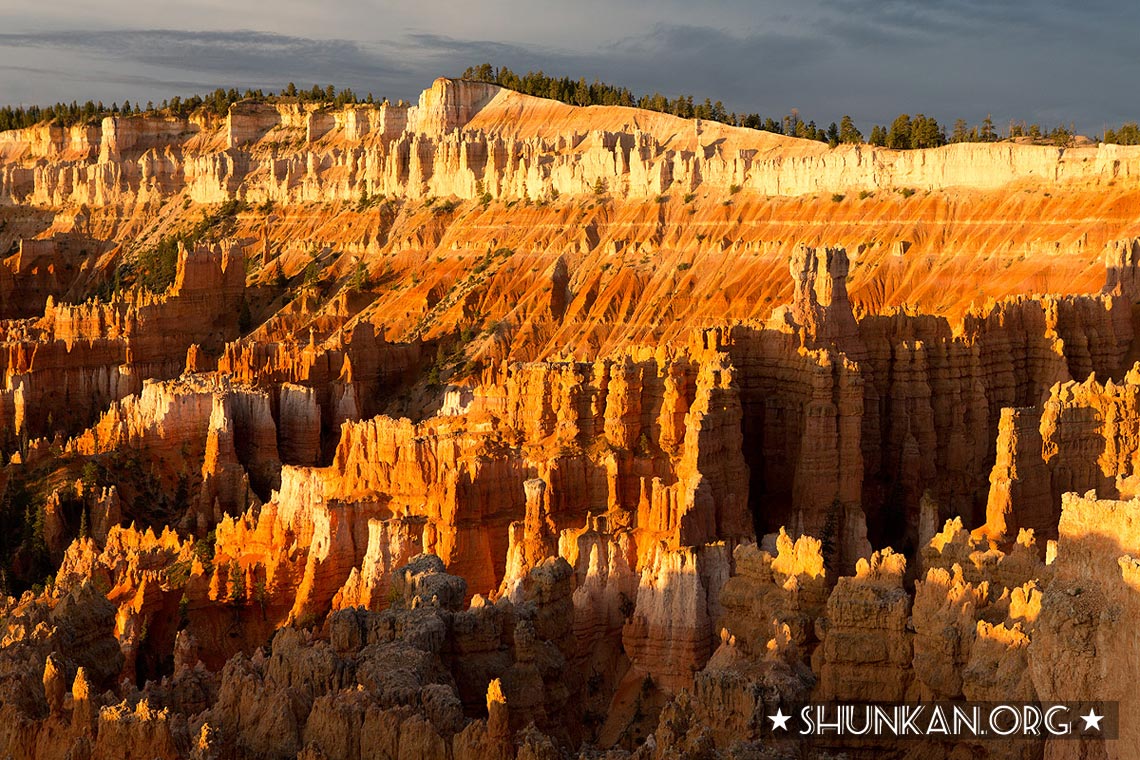 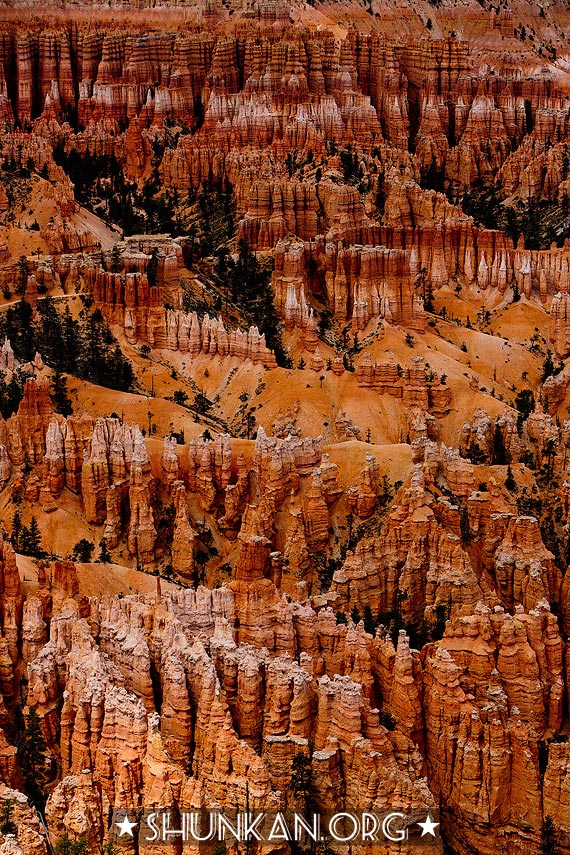